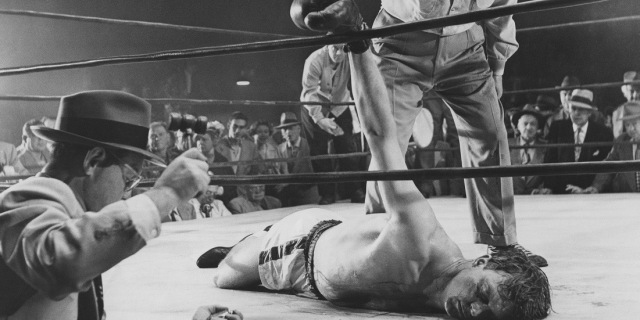 Because in a sense, all of us are failures. You could sell a million books, or a million albums, just in the USA alone, and that would mean 320 million people said ‘nah, not for me thanks.’ In my town of Athens, Georgia—pop. 150,000 if you include the college students—500 people in a music venue is considered a great night. Which means that if you’re a popular band in Athens, then 149,500 people, or 99.7% of the population, think you suck.

So the numbers suggest that failure is just a question of degree.

I’m a failure too. I don’t get paid to write this column. The places that publish my writing, some more regular than others, all passed on it. I wasn’t surprised. The title is crude, probably offensive, and definitely immature. Though I think this world, what passes for our society, is so sick & riddled w/death that it deserves to be treated with as much disrespect/scorn/mockery/yelling as possible. Sometimes a middle finger can be more effective than a perfectly-worded essay.

Of course some people think rudeness reflects poorly on you and your ideas. Me, I think good manners enable sociopaths.

So while I recognize that I’ve been luckier than most aspiring writers, my ‘writing career’ has been, commercially at least, pretty much an unending series of humiliations. Fun fact: despite having two books published, along with hundreds of articles about music, film, books, and my own weird personal experiences, all those things happened because someone asked me to do it. Whenever I’ve asked someone to publish something I’ve written, or represent me as a writer—and this includes seven novels, a couple dozen short stories, over 75 poems, and, uh, this column—I’ve gotten nothing but rejection letters, assuming anyone ever responded at all.

One of my paying gigs is anonymous. You couldn’t find it unless you knew where to look, and I’m not going to point you. I write press releases for small record labels—I spent this morning writing liner notes for a reissue. I don’t always like the music, but I definitely like the $100 they pay me, which is double what I get over at The Fanzine—and $50 is considered pretty good for freelancing, esp. when the check arrives promptly.

I tell myself it’s okay to write these press releases, which are essentially advertisements, which are telling people they need to buy an album that I personally wouldn’t listen to for free. I tell myself it’s okay b/c these are small labels, run by nice people, if not always friends then at least friends of friends, but I know these are the same kind of rationalizations that people use to sell bombs & missiles & expensive cars and as such I’m one more cog in the gears of capitalism/consumerism that are slowing crushing us to death.

So I tell myself that it’s basically creative nonfiction, that I’m exercising my writing muscles and getting paid to do it. I tell myself that it’s a zen exercise—if all music is just sound particles moving through air, then surely it’s just my own received prejudices that make me hear one set of music as somehow better or superior than another, and so it becomes a fun game to imagine a world where I would like this music, where I’d want to hear it again & again.

But I can’t make myself forget that most of the sickness & cruelty in this world starts out as a lie we tell ourselves in order to justify our actions.

There are also the lies we tell ourselves to justify our failures. A writer will invoke Kafka, or Emily Dickinson, to console themselves that they’re in good company, that rejection is a sign of their greatness. A musician will think of Arthur Russell, or Big Star, or even the Velvet Underground.

Of course the only real difference between failure & success is how much money’s in your bank account. Either way you get singled out as a freak, to be pointed at until the time passes and eventually you’re forgotten.

But it’s better to have money than not have money, and so I continue to dream. I tell myself that this column, as it evolves towards #50 will continue to grow an audience, its reach will continue to spread, and by the end of the year it will become a phenomenon whereupon it will then become a book, a book that will sell 250,000 copies and allow me to pay off my student loans and buy a modest home in the US southwest desert at which point I will pursue creative non-commercial projects like ambient drone music and minimalist poetry; I will paint our house in psychedelic colors and rise every morning w/the sun to commune w/the desert all around me.’

We tell ourselves lies about our future success to distract ourselves from the pain of our present failures.