Posted on October 6, 2017 by ScottCreney 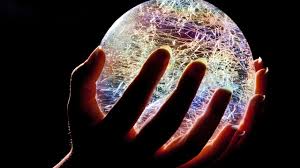 Assuming Donald John Trump lives long enough, assuming his death is as tediously drawn out & painful as his own sick life, there is no headline too impossible to imagine. President called someone a nigger? Hey he’s said it before. Called a woman a cunt? You bet your ass he would. There’s no language too ugly, no political position too odious for our current president. Voter suppression. Election fraud. Treason. White supremacy. Is he racist? You bet. Is he sexist? You bet your fucking ass he is.

Donald John Trump has proven himself to be just an ugly, ugly person—inside & out. A grifter, a con man. One so supremely stupid & cocky that he doesn’t even bother to cover his tracks. He has no shame. He has no scruples. He has no loyalty. The man has literally zero redeeming qualities.

And in all of this, all of these characteristics, he is truly a president for our times, a president for our nation. In the 1990’s, in my hometown of El Cajon, California, I stood behind the counter of a 7-11 from 1993-1996 and during that time I heard it all.  I never heard anyone say a good word about Hillary Clinton (or Bill for that matter). In fact during that time I regularly heard Hillary Clinton referred to as ‘that bitch in the White House,’ or a ‘fucking bulldyke,’ etc. When Trump supporters would say their candidate ‘just says what everyone else is thinking,’ they’re right in a sense. It’s just that their definition of everyone means ‘everyone like me.’

Trump is a mirror. He embodies the worst parts of the republican party, and he embodies the worst parts of america. But those parts are real and they fucking exist. Sometimes they appear in more acceptable forms. Sometimes they’re even cruder & uglier. But they are real. Trump is as american as cheeseburgers and poor foreign policy decisions—two things that he loves very much, assuming he is capable of love, assuming any of us are at this point.

As for the future, things might one day get better. As long as the apparatus for self-government continues to exist, america can always change its ways, but any of that shit is a long way off. The only thing certain about tomorrow is it’s going to be uglier than today. There is no scenario too bleak to imagine. Hell, right now I’m typing this in a restaurant that features an inebriated moose in its logo; college football is on all the televisions and a Gwen Stefani song is playing over the in-house music. It’s 2017—nihilism is all the rage and all the rage is nihilistic. If tomorrow’s headline read ‘President Calls Rachel Maddow A Dumb Lesbian Cunt’ would any of us truly be surprised. Hell, half the people around me right now would probably be cheering, such are our shackles and the depths of our hate.