When I first heard about the quarantine, inside my avalanche of thoughts was a compulsion to go buy some alcohol and drink it. That thought was quickly followed by another: Wheeee!!! And that thought was followed by the more sensible: Maybe I shouldn’t do that.

I can trace the origins of my initial thought pretty far back, all the way to my two alcoholic grandfathers and various other family members. I come from an Irish Catholic working class family from Massachusetts. Much like mushy television punditry and a failed political career is the birthright of children of senators and presidents, so is drinking too much the birthright of children of Massholes.

In fact, the only time I struggled with my drinking–it would be more accurate to say I didn’t struggle at all; I opened my mouth and the alcohol went straight in–was in my late 20s while living in Boston. Drinking is also the birthright of college students, and aspiring poets, and those afflicted by self-consciousness and fear, as well as adult victims of trauma. Not only was it a perfect storm, I was good at it. After a few drinks, I became brave, handsome, outspoken and witty. Some people thought so, anyway. Those people also became brave, handsome, etc. after a few drinks. Some of them even became beautiful. A handful were even beautiful the next morning. It could take several months for any of us to turn ugly.

My reflex on what I’m calling “Virus Quarantination Day” (we all have our different definitions for this day–mine was the night they announced the schools were closing) was rooted in Boston snow days, unexpected holidays, important sporting events, celebrations and break-ups, joy and despair. When you enjoy drinking, there’s always a reason to drink. A hard day. A good day. A bad day. A sober day.

Two things kept me from sliding into addiction. One, I had already seen it up close and personal, and it didn’t look like fun. Two, I don’t like the idea that anything, or anyone, has control over me. I value my freedom too much to spend it enslaved to some substance.

So on a fine afternoon in September, I was working the Bellstand at the Cambridge Marriott and I realized I couldn’t wait to get off work so I could go get a drink in the hotel bar. I had spent six weeks that summer touring around the country in a van with seven other poets promoting the anthology we were all in. Most of our readings took place in bars, and in nearly all of those bars we were given free alcohol. If I can again quote my brain, Wheee!!!! But that day at work, my brain was saying Drink!!!! And it was, quite literally, a sobering thought. I stopped drinking for a month, to make sure I could. And ever since then, I’ve kept a close eye on my motivations, my amount, and my health. For the last 10 years or so, I hardly drink at all. And when I do, I have no problem stopping after two or three.

But on VQD that desire returned with a vengeance, a nihilistic cry of freedom or something, or simply a desire to get outside of one’s own spiraling negative thoughts. Somewhere in that vortex, I thought about the times back in Boston when I’d feel a sickness coming on, and how I’d think to myself, probably shouldn’t go out tonight. I almost always went, and I almost always got sicker. That wasn’t just my imagination. Drinking alcohol is not good for your immune system. Johns Hopkins Hospital even says so:

Various studies indicate that alcohol use can deliver a body blow: It messes with humans’ gastrointestinal system, altering the function of healthy gut microbes linked to immunity. Alcohol can also impair key immune cells in the lungs and damage epithelial cells that line the lungs’ surface (where COVID-19 can also attack). ”Often, the alcohol-provoked lung damage goes undetected until a second insult, such as a respiratory infection, leads to more severe lung diseases,” the article noted. “Alcohol consumption does not have to be chronic to have negative health consequences. In fact, research shows that acute binge drinking also affects the immune system.”

Such drinking can disrupt the body’s “ability to mount an adequate immune response to a stressful situation, such as impeding a healthy response to the coronavirus,” Afshar said. 4 or 5 drinks or more can impair signaling proteins known as cytokines, “important fighters” in the immune system’s cellular arsenal.

No word yet on whether mixing  your vodka with a glass of Emergen-C helps mitigate the effects.

I’m lucky. There are addicts out there, people in treatment, in meetings, people who can’t stop after one or two drinks. Their meetings have been disrupted. People’s stress, anxieties, depressions, etc. are being ratcheted up on a daily basis. There are so many ways we need to be strong right now. Alcoholics have an even stronger need.

I may be luckier than them, but I’m not all that different. I kept making myself find reasons not to drink: the aforementioned health reasons, the high number of cars in the liquor store parking lot, physical fitness, no sports to watch on TV, my fear that under the current conditions I might overdo it, the feeling that self-discipline was important because this is probably going to last for months and I need to be focused in order to get through it.

After three weeks, I finally picked up a six-pack during my most recent weekly (stressful as always) trip to the grocery store–a generic Corona knockoff from Aldi called Monterrey. 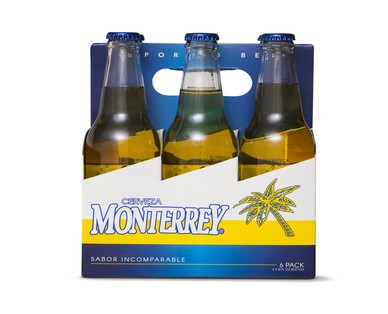 Scott Creney lives in Athens, Georgia. He is the author of "Dear Al-Qaeda: Letters to the World’s Most Notorious Terror Organiztion".
View all posts by ScottCreney →
This entry was posted in Blog and tagged alcohol, coronavirus, cvid. Bookmark the permalink.