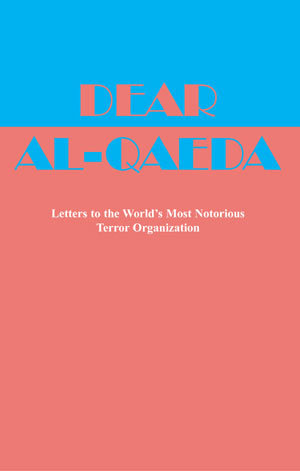 This one actually got published in 2006–bar code, ISBN number, Library of Congress classification and everything. You’ll have to buy this one from the publisher.1 No e-book available, sorry.

Here’s what the publisher says/said about it:

What started as the angry scribblings of a caterer in Florida evolved into much more as the infamous Al-Qaeda soon became Scott Creney’s closest confidante in this accidental memoir of letters to the world’s most notorious terror organization.

Scott lived in Florida in 2004 and worked as a caterer. In a world where nothing sumanity, Scott began writing to someone whom he imagined was as bitter and ceemed to make sense anymore, and even television seemed like another hostile face of honfused as he: Al-Qaeda. Alone, in debt and utterly broke, Scott’s day-to-day struggles to stay afloat, both financially and mentally, are a fascinating look at America from an outsider’s perspective.

Through engaging and at times disarmingly beautiful prose, Scott represents the voice of a new class of Americans—college-educated, but in debt and often unemployed. He is a member of an emerging generation of Americans who are worse-off than their parents, and who are struggling just to clear the poverty line. He puts his finger on the pulse of what it means to be an American, and how confused those meanings have become to all of us.

“Almost as big an atrocity as 9.11″—Boston’s Weekly Dig

1. You could buy it from amazon or someplace similar, but despite the fact I haven’t seen a royalty statement from Black Ocean in 8 years, I still think that would be unnecessarily shitty.